TRUE VICTORY IS VICTORY OVER ONESELF

True Victory Is Victory Over the Self is an old Samurai maxim, "Masakatsu Agatsu" The only struggle that exists is between you and yourself. That struggle between you and your spouse, you and your job, you and other people, you and anything and everything else are nothing more than illusions. To make a change involves effort, devotion, commitment, and sacrifice. Your old self is the one who doesn’t want to change away from your old or current habits that you’re trying to break.  To achieve True Victory requires constant vigilance to keep your old habits at bay so they no longer can hold you back. If you truly want change, growth, passion, achievement, happiness, and VICTORY….then you will need to go through the struggle with your old self in order defeat it and lay it to rest.

"WHAT DO I WANT FOR MYSELF?"

HOW DO WE DECIPHER THE ANSWER TO THIS?

That answer is dependent on achieving clarity through guidance; guidance which can be obtained through many different methods.

The “therapy” methods utilized within the structure of the House are approached for use as a life-nurturing, health promotion practice for people to improve their health and remain healthy.

“Therapy” which focuses on the overall functions of the whole mind-body complex through the THREE ADJUSTMENTS:

The Body, The Breath, The Mind

Per Traditional Chinese Medicine, adjusting our mind plays an important role among the three. Adjusting the mind can calm emotional fluctuations and bring balance to our autonomic system. Thus, the result is cultivation of the conscious capacity to regulate emotions and the nervous system. Thus, providing us with what we need to help our clarity flourish to decipher our answers.

I have heard that in ancient times there were Spiritual Beings. Their knowledge was vast and their understanding was profound. They stood between heaven and earth, connecting the universe; They understood and were able to control both yin and yang, the two fundamental principals of nature. They inhaled the vital essence of life; They remained unmoving in their spirit; Their muscles and flesh were as one. This is the Tao, the Way, which you are seeking.

WHAT IS BEHIND THE NAME, HOUSE OF ATTILIUS?

History records show that centuries ago, during the roman gladiator era, a commoner named Marcus Attilius chose to enter himself as a free man into a gladiator school to pay for the debts he accrued. It was during this time through training, knowledge, and discipline that Marcus Attilius went on to become one of the top gladiators of his time. His victories around the year of 75AD are inscribed on the ancient walls in Pompeii.

This same mindset that flourished and developed to help him over his obstacles and achieve True Victory (or in his case True Victories) is the same instilled in present day  House of Attilius.

The House symbolizes a return to the ancient and basic foundations of health and wellness. Thus, helping to maintain and improve your basic functions required to deal with pain, breathing, movement, and mobility.

True Victory is waiting for each of us, once we build our “House”- Foundation, Walls, Roof- solid and strong; unmovable! 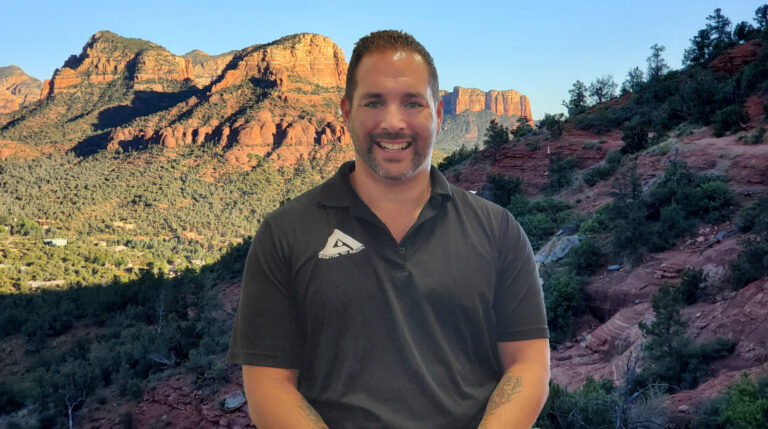 For as long as I can remember, growing up in Wisconsin I’ve always taken pleasure in helping others through times of personal trauma. Yet, at the beginning of this, I never really knew how to take care of my own trauma. It was easier to help someone else versus myself.

Due to my young age, this would all eventually change in my life as would have more life experiences that I would embrace and allow me to grow as a person.

Discovering the gym and weights at 21 began setting me on my new path. Several years later I was introduced to meditation through a woman I was dating at the time. I became a sponge with meditation, soaking up every readable resource and practice session; self-taught mostly.

Then, feeling stagnant where I was at in Wisconsin, in 2006 I moved to Arizona (where I currently reside) where my next chapter began.

In 2014 I envisioned House of Attilius. It was loosely patterned after ancient roman gladiator houses, a place where in modern day where you’re brought back to the core foundations of training and life. Also a place that evolves its focus and training with the times; a place that will carry on helping people through trauma, etc., for generations to come.

Living in Arizona, I took my first overseas trip to Thailand and experienced a vastly different type of spiritual culture than I had been exposed to in person. I’ve been a huge ancient Asian history buff for many years, but books and videos are one thing- live and in person is a whole other experience. My experience there opened me up more and also introduced me to the Art of Muay Thai.

Upon returning from Thailand I immediately found a gym and began my journey in training in Muay Thai, which continues to this day- although I’ve actually have been immersed into Muay Boran which came before the adjustment for sport competition, known as Muay Thai.

Qigong was the next encounter on this journey that was unexpected in a sense. Now, I had run across Qigong back in 2014  (pre-Muay Thai) researching articles on different styles of Kettlebell training. An article I ran across interviewed a strength and conditioning coach at Cal-Poly who also had a holistic background in Traditional Chinese Medicine, and had introduced the football team to Qigong, which he utilized in the off-season with them. Great results followed per the study that was released. I began studying and practicing the art of Qigong a few years after and continue to explore it on a deeper level today.

With all of the tools at my disposal to not only impact my life on a deeper level, but also taking on students to impact theirs’s in a much different and impactful way, I left my corporate job in 2018 to pursue my goals outlined, with House of Attilius.

One never really stops learning and experiencing things.  Just when you think you’ve “mastered” something, you are introduced to something new in that world that you must build a new foundation on to learn. This is why when someone calls themselves a “master” or “guru” I cringe a-bit. In the scope of life and how it works/flows, no one has all of the answers. We all are eternal students and this life is our school.

While this brief introduction into who I am doesn’t fully capture everything, it creates a welcoming open door for you to step through, introduce yourself and for us to learn more about one another to see where we fit in becoming teacher and student. I look forward to meeting you.

My credentials & certifications include:

My interests, studies and research into fitness and wellness are ongoing due to the ever changing industry.