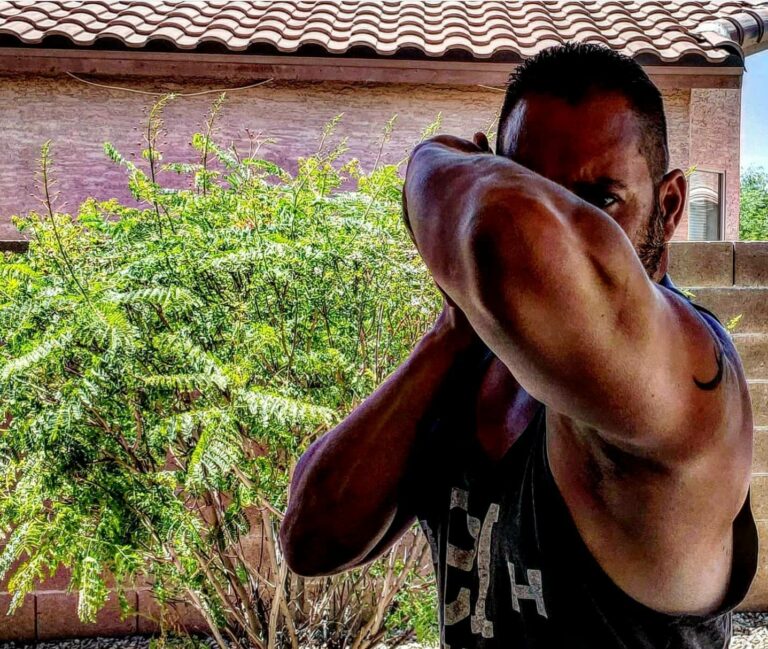 Muay Boran is the self defense predecessor to Muay Thai. The science of the nine natural weapons, this is the ancient martial art of Siam, now know as Thailand. Muay Thai, (the modern era of which started in 1929) was modified from Muay Boran to adjust the martial art to the rules and guidelines for combat sports.

Originally Muay was the art and science of fighting as developed by masters of ancient Siam. Yet Muay did not spring from one single founder, but rather Thailand’s culture heritage as a whole: the Thai people’s fighting spirit, their desire for independence and their cohesion. Other cultures outside of Thailand have strongly influenced the Art from the beginning, the determining force behind this deadly style of fighting reverts back to the Thai people.

The aforementioned nine natural weapons of the human body used for this Art are: 2 hands; 2 elbows; 2 legs (shins and feet); and the head. In Muay Thai, the head is not used in the sport itself.

Within the walls at House of Attilius, the goal is to not only develop one’s mind and consciousness, but obviously train your body as a weapon as well. Becoming capable of using your body in attack and defense, using various body parts like clubs, axes, spears, rocks and shields.

Those dedicating themselves to the study of this beautiful and violent ballet, the idea of a Nak Muay (Thai Boxer) comes to life with the goal that has been the objective for centuries: absolute efficiency of unarmed combat.

Muay is an art of self-defense that uses various parts of the body, based on the principal of doing no more than what is needed to teach a lesson and can be used as a competitive sport or a fight to the death.

Only if Muay in its pure form is brought back to life, by the teachers following the ancient rules and traditions, the teachings only imparted by those who have the correct cultural knowledge, only then can the students obtain the long lasting benefits which go beyond what they would expect. Discipline, competence and perfect health, of both body and mind are the guaranteed results.

Every person can become two to three times stronger and heavy kettlebells are one of the most powerful means to make a person stronger.

Kettlebells, an ancient weapon against weakness, began to be used for recreational and competition in strength athletics in Russia and Europe in the late 19th century. This training tool is compact (can be used or taken virtually anywhere), inexpensive, virtually indestructible. Kettlebells deliver an extreme all-round fitness and they are a great complement to any program to help deliver a great number of attributes including:

As beneficial as kettlebells are, the prep programs largely used at House of Attilius are not meant to maximize any one attribute or performance in a particular event. That is where specialist programs come into play, and those should always come after a general physical preparation program, which is what Attilius provides.  This has been found to be the best compliment to the other training Internal and External (martial) foundation programs offered under the Attilius roof.